What Is chmod 777 and What Does It Do in Linux? 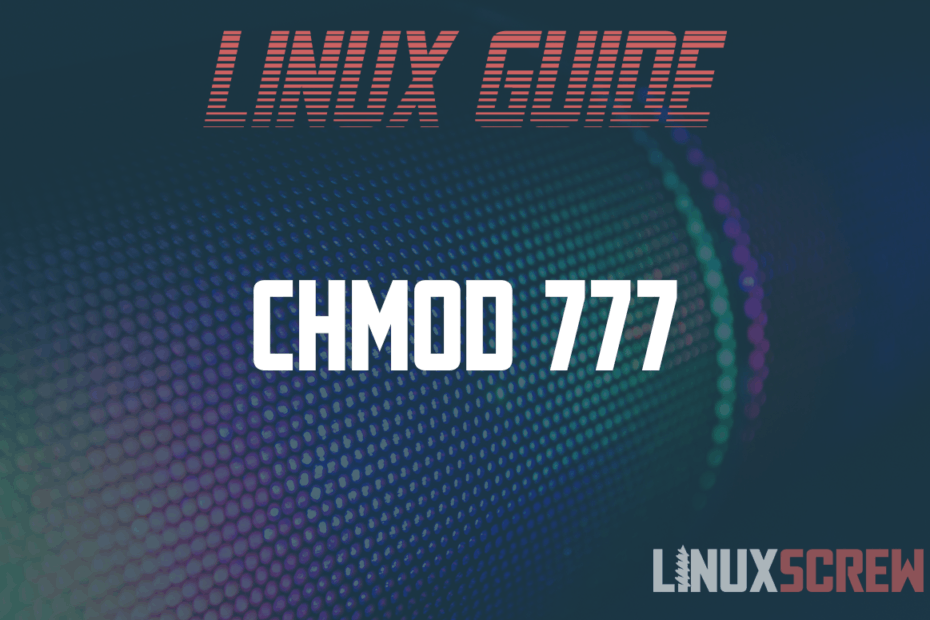 This article explores chmod 777, a Linux command used to give ALL RIGHTS to the user, group, and others.

As a new Linux user, web developer, or system administrator, you have probably been instructed to type:

…into your Linux shell at some point.

Whenever you’re running commands on your systems (especially as root!), you should ALWAYS know what they’re up to. So what’s chmod 777 really about? Above is an example of running the:

command, which will list the current directory contents in the long listing format, which shows the permissions and modification dates for the files being listed.

The first, third, and fourth columns contain information relevant to permissions, which will be referenced in this article

The folders listed in the screenshot are in the linuxscrew users home directory, and all have the permission

With both the owner and group of the linuxscrew user who owns them.

drwxr-xr-x contains 4 pieces of information, 3 of them regarding permissions:

The letters in each block have the following meanings:

There are also some special values that the eXecute character can take:

To make things quicker to type when assigning permissions, numbers can be used to represent combinations of the letters shown above:

So, to give ALL RIGHTS to both the user, group, and others, we’d want to assign the permission 777

…will give the file or folders owner (user), group (users within the group), and others (everyone else on the system) full read, write and execute privileges.

This will do the same thing, recursively, and give everyone full rights on the files contained within a directory.