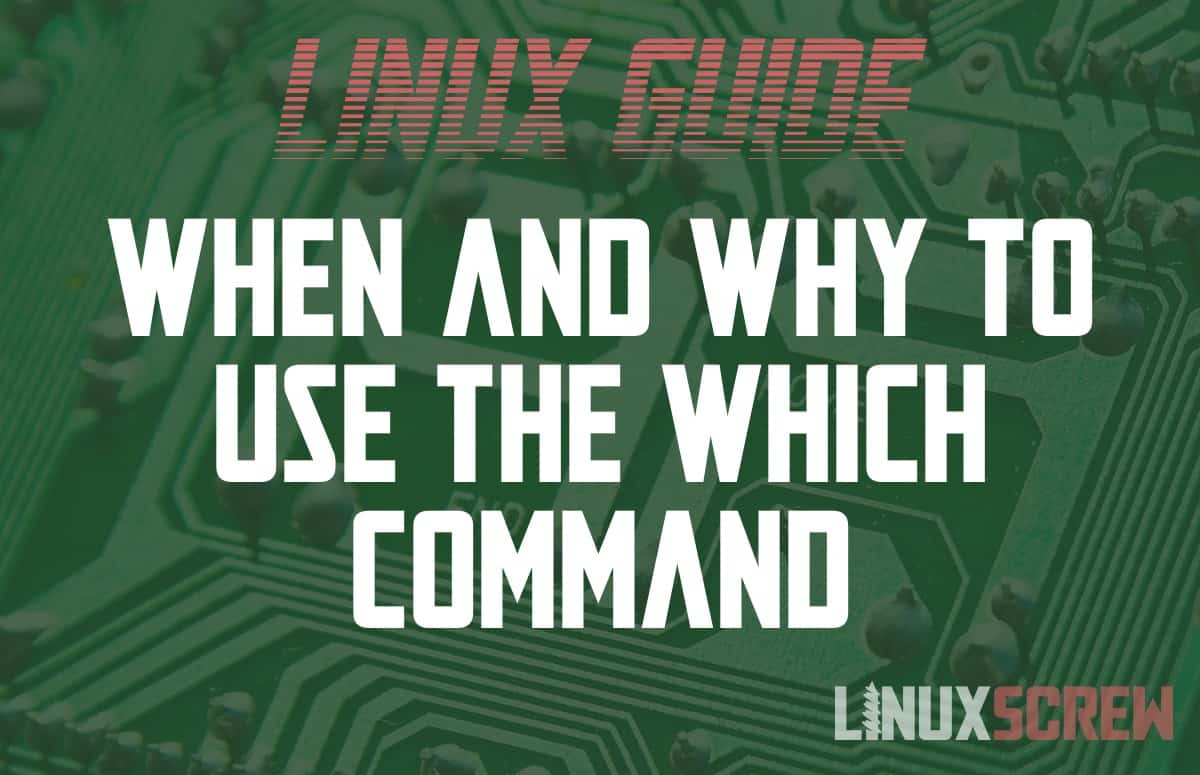 This tutorial will teach you how to use the which command in Linux with some simple examples.

The which command will tell you the path to the executable used by a command on the system if it exists.

Why is this useful? Say you’ve got two copies of the MySQL executable installed on your system (installed via different means), and you want to know which one is actually in use so that the other can be removed – the which command can tell you which of the two is called when you execute MySQL on the command line.

The command for the which command is as follows:

Here are the most commonly used options which can be passed to the which command:

As always, you can view the full user manual for the which command by running:

Below, we look for the path for the executable, which is called when nano is run from the terminal:

This will return something like the following if the nano text editor is installed on your system:

If nano is not installed, you’ll see:

This makes the which command useful for both checking where an executable is located and whether a package is installed/available or not.

Multiple executable names can be supplied if you wish to look up multiple commands at once:

If you are using which in a Shell Script, you can use the status code returned by the command to determine whether an executable path was found or not:

This can be super useful if you want to make your shell scripts more portable – you can use the which command to check that a command is available before executing it in your script, to make sure the end-user doesn’t receive any errors if they do not have the required software installed.