Secure, powerful remote access is one of the cornerstones of Linux’s functionality. The SSH protocol powers this, and Snowflake/Muon is an excellent tool for managing SSH connections.

The flexibility and security of SSH are part of why Linux is so popular as a server OS.

This article is part-introduction to SSH and part-review of the Snowflake (now known as Muon, but still referred to as Snowflake in many places). I’ve been using it for a while, and the project deserves attention!

SSH is a secure network protocol. It allows computers to send data to each other over a network over an encrypted channel – making sure that no one who might be listening in can see what data is being communicated.

This is super important when it comes to communicating over the internet. The internet is a vast, public infrastructure. Any traffic sent between two computers over the internet will be bounced around between different service providers, proxies – and potentially, third parties who would like to look at the data being sent.

SSH is key to securing the internet – and any data can be carried over it. Most commonly, it’s used for secure remote connections to servers (you don’t want a third party to be able to intercept traffic and get your server login details). Because of this, you’ll see SSH used as common parlance for logging into a server remotely, like:

SSH From the Command Line/Shell

SSH comes installed with your Linux OS – and is already set up and ready to use from the command line. Simply typing something like:

Will get you connected to your server remotely (provided you have the right credentials).

This is pretty simple – but what if you have ten servers that you remotely administer? Maybe you keep a list of the addresses and usernames in a text file or use scripts to connect – but either way, it’s a bit of a hassle.

That doesn’t even consider the credentials for those servers – certificates and passwords may be required, and storing passwords in a text file is a generally bad idea.

Why Use an SSH Connection Manager?

A connection manager streamlines all of this. A graphical interface stores a list of all of your connections, securely manages credentials and allows you to set different connection or display settings for each server you connect to.

Purists who live and die on the command line may sneeze at it, but using a graphical interface to manage all of this really is a time saver.

Benefits of using an SSH connection manager also include:

Connecting to a server with a click is a game-changer, rather than having to remember credentials, commands, and addresses.

Snowflake/Muon is a Fantastic Connection Manager for Linux 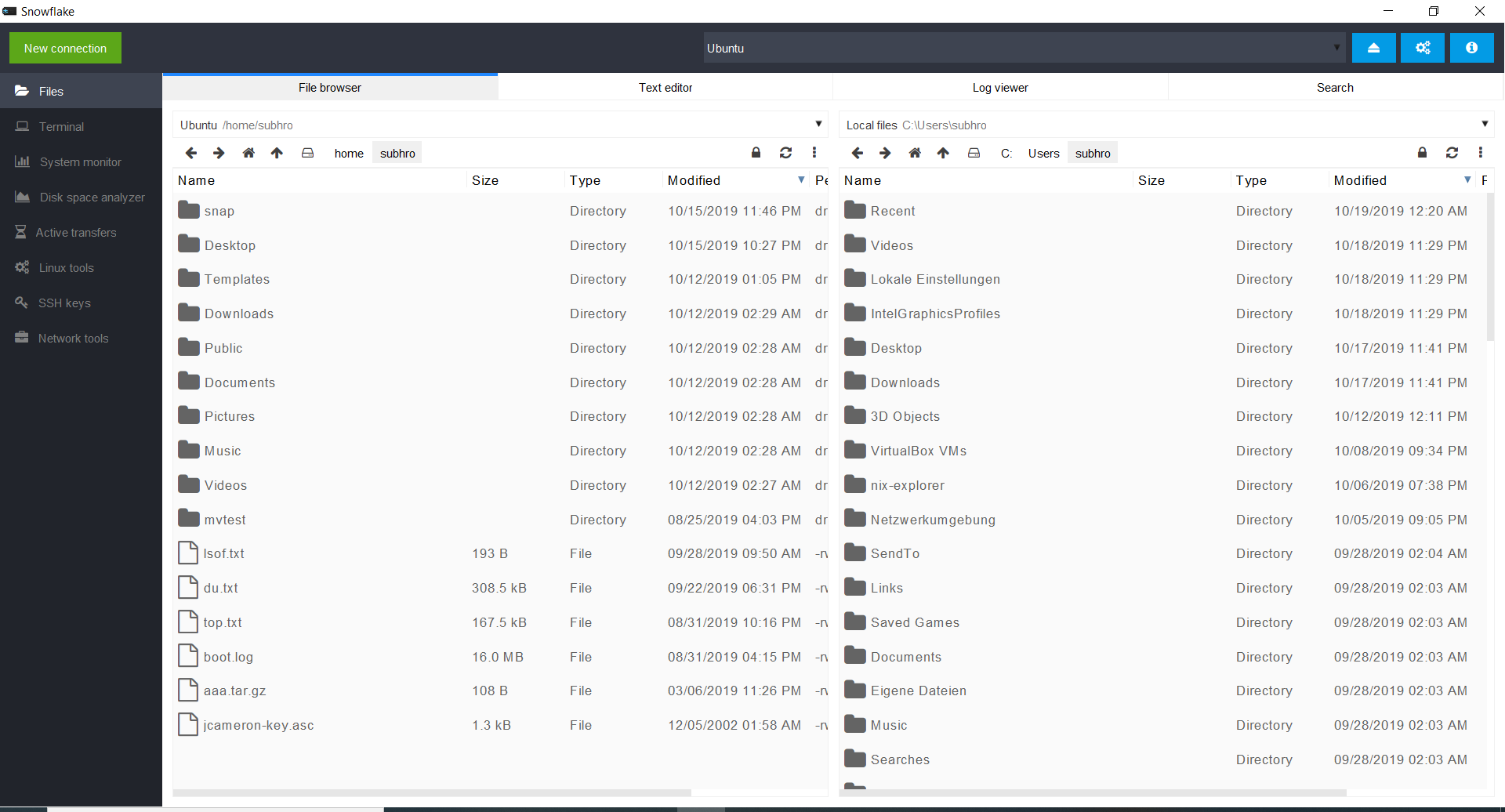 SnowFlake/Muon does all of the above – and more.

Additional helpful tools are included with Snowflake – including built-in disk usage, network, and command-line tools for performing common tasks (reducing the need to remember long terminal commands). It even has a handy built-in text editor for remotely editing files.

There are commercial products that do the same things – like RoyalTSX, for example – but they are costly and make you pay for version updates.

Where to Get It

The Snowflake/Muon SSH connection manager is available in the Ubuntu snap store under the package name ‘Snowflake’:

You can also download it from the project homepage at:

…for a variety of Linux flavors, as well as Windows.

Long story short, I’m a pretty big fan of the Snowflake/Muon project. It’s made my daily server admin tasks easier and didn’t cost me a dime.