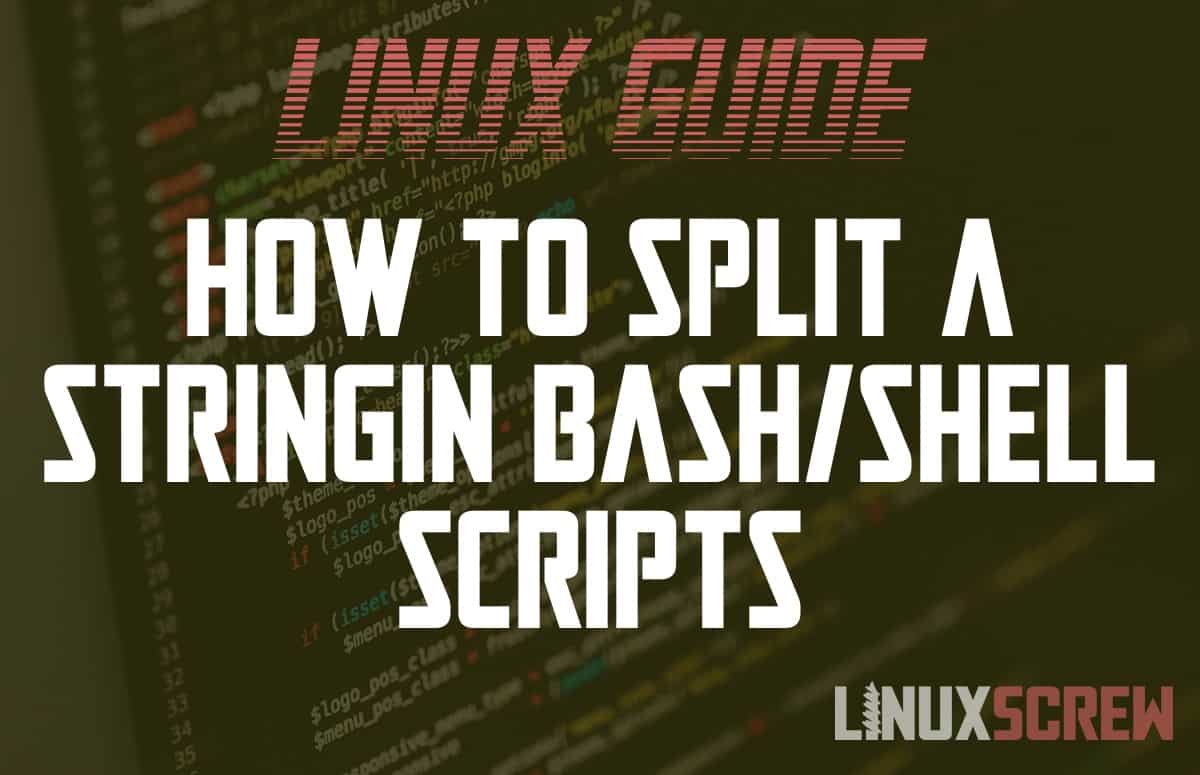 This article will show you how to split a string at a given delimiter in Bash/Shell scripts and show some examples.

Splitting strings is a handy function to have available when crafting your scripts. CSV (Comma Separated Values) is a common format in which data is made available online, where data fields in a table are separated by (surprise) commas.

You may also simply be looking to split a sentence into words at the spaces, or split paragraphs into sentences at the period, and so on.

Many solutions focus on Bash-specific methods of splitting strings. Below, I’ll outline a method that should work in any Linux shell script.

The cut command in Linux removes sections from lines in a text file and then outputs them.

This example will adapt this command to split text at a given delimiter.

For the full user manual of the cut command, click here.

So why does this work? The echo command is used to pipe the original string to the cut command. The cut command uses the -d option to specify the delimiter (in this case a comma, but any character or string can be used), and the -f option followed by a number to specify which field should be returned – that’s the position of the item you wish to get from the split string.

That’s all well and good, but it’s not really re-usable – so here it is in a function:

And there you have it. You have learned to split a string in bash at a specific delimiter.

If you found this guide or have any additional questions about splitting strings with bash, then please leave a comment in the comment section below.