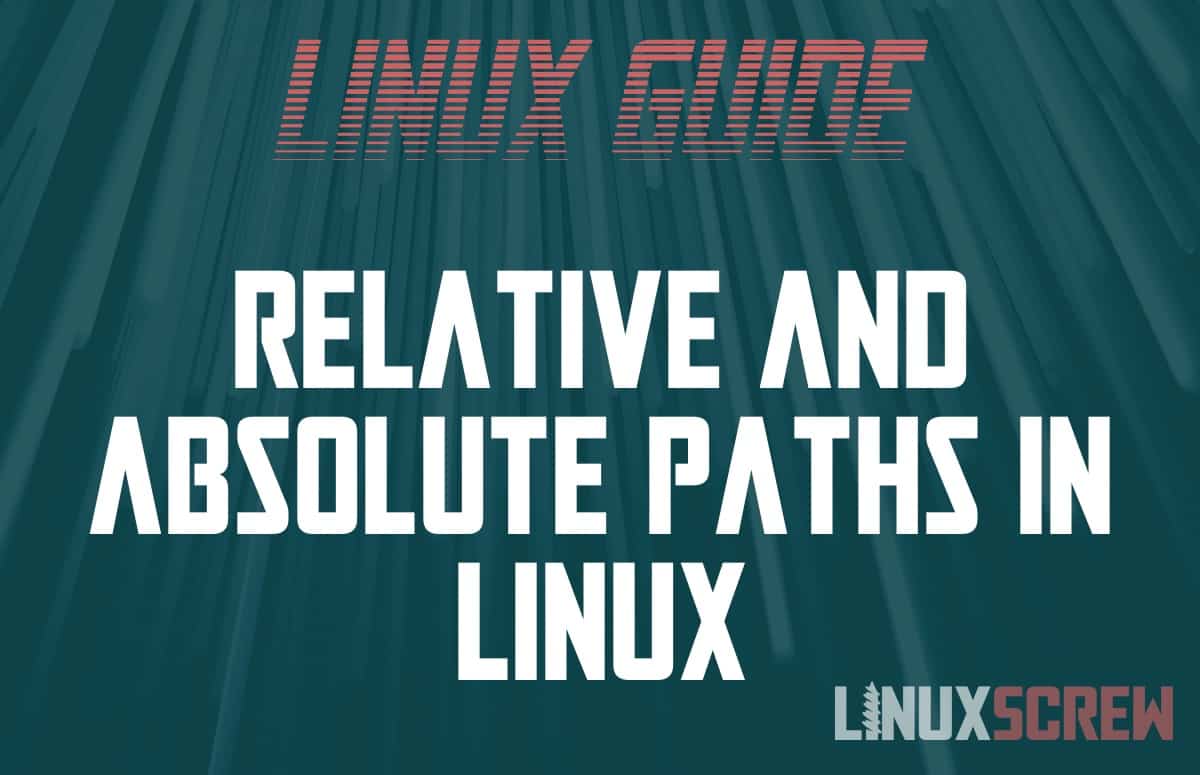 This article explains absolute paths and how they differ from relative paths, getting them, and how symbolic links are handled.

A path is the location of a file in a file system. It’s the directions to the file in the folder it is located.

Consider the below path:

Relative paths are paths that are defined in relation to your current position in the file system.

You can find your current position using the pwd command:

Here’s how to use the pwd command.

Relative paths begin without a forward slash, or a . or ...

If you are in the directory /home/user:

…and it contains a file called test.txt, you need only type:

…to view the contents of the file, as you are in the same directory as that file, and can access it using its relative path.

In the above example, the cd command is used to change the directory, and the cat command reads the contents of the file to the screen.

Consider again that we are in the directory /home/user:

…and there is a file called another.txt located at /var/temp. Attempting to open it by running:

…will fail because that file doesn’t exist at /home/user. We can, however, access it at its absolute path:

As it provides the full location of the file and does not rely on the relative path we are currently situated.

Find out more about readlink here.