Here’s a screenshot-heavy review of Twister OS – a weird, kitchen-sink included Linux OS for Raspberry Pi with tools for emulation, gaming, and overclocking.  It even comes with Windows and macOS themes!

Rather than make you read about what it does, I’ve included screenshots walking through the process of downloading, installing, and running Twister OS.  I’ve included some commentary, but the screenshots should let you decide for yourself whether you want to give this odd OS a go. Head over to https://twisteros.com/download.html and download the version of Twister OS for your device. I went with the first option. Balena Etcher writes disk images to SD cards and USB sticks. Download it from https://www.balena.io/etcher/ and use it to write the Twister OS image to an SD card. Writing the disk image may take a while – when it’s done, simply insert the SD card into your Raspberry Pi and boot it up. Once your Pi has booted Twister OS, you’ll be presented with the welcome screen. Looking pretty sharp so far! Clicking through the welcome screens will allow you to configure Twister OS and your Raspberry Pi. Various system and performance options can be set. You’ll also be prompted to update your system before you start using it, which is usually a pretty good idea. Twister OS Themes – Windows and macOS Interfaces on your Pi 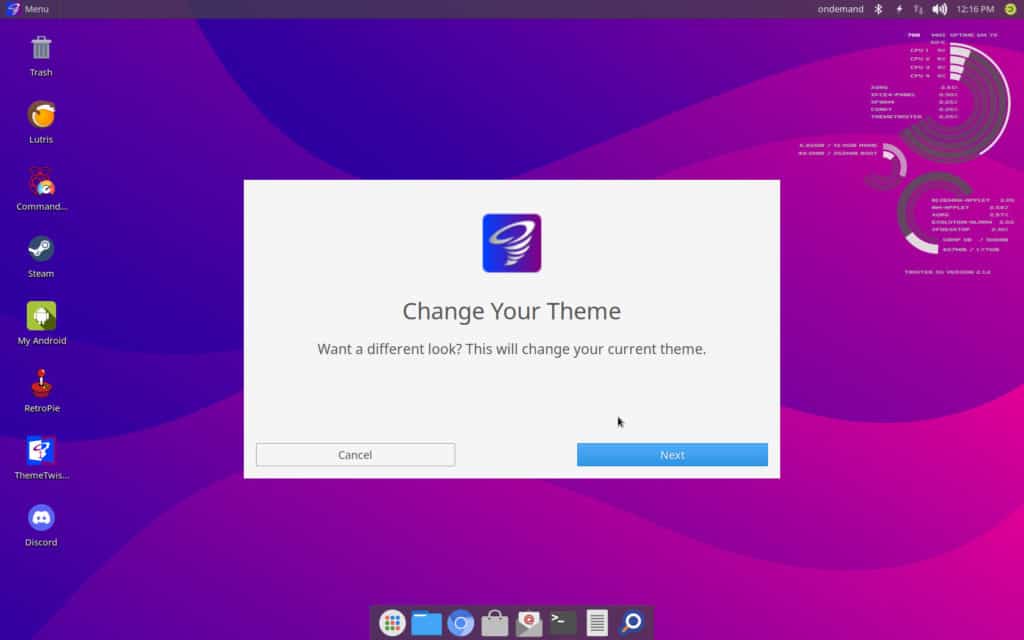 The themes that ship with Twister Os are pretty interesting. They’re all facsimiles of popular operating systems going all the way back to Windows 95! The pinnacle of UI design. Everything is out of the way, and there’s no excess padding for touch-enabled devices. Information density! 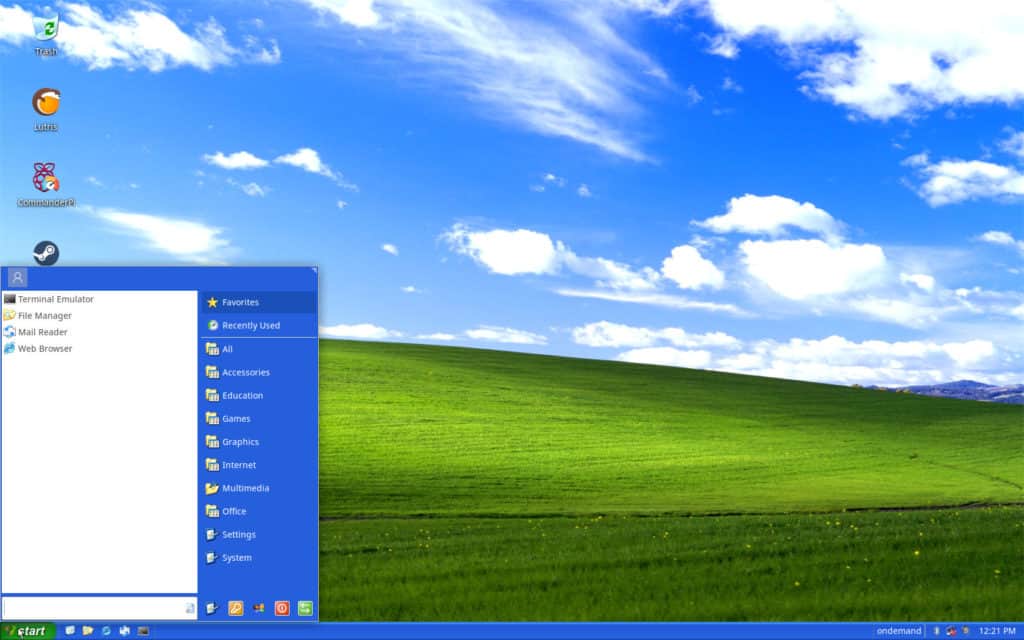 Have an older family member who never moved past Windows XP? Sneak them onto Linux. They won’t notice. The Windows 7 theme. Glad to be rid of that glass effect. Windows 10 look-a-like if you want to blend in with the corporate crowd. Windows 11 has barely been out a month, and Twister OS has already managed to create its doppelgänger UI. There are also themes for various MacOS versions – though they’re all quite similar. I’m going to stick with the Windows 95 theme for that 90s aesthetic. So here it is with the file manager and web browser open. Minimalist. The Commander Pi application is installed and can be used to overclock your Raspberry Pi for a bit of extra performance. Just make sure you know what you’re doing and that your Pi is well ventilated. This is still Linux, so the all-important terminal is still there. Download magazines to read on your Raspberry Pi with the Bookshelf app. A convenient way to find new projects and tutorials. The Evolution mail client looks and works about how you’d expect. The PiKiss Raspberry Pi tweaking tool is also included – allowing you to quickly install new software or configure your Raspberry Pi for use as a media center or emulation box. Apparently, if you still have a Pocket PC, you can sync it with Twister OS. Neat! The software and partition managers in their Windows 95-themed glory.

This is the most interesting bit – to me, at least.  Running native x86 Windows applications on a Raspberry Pi with WINE.

Twister OS includes WINE for running Windows programs. So I decided to test it out with something relatively low impact – Notepad ++, a text editor.

After downloading and extracting Notepad++, I got to work… After double-clicking on Notepad++.exe to launch it, WINE spent a few minutes downloading some dependencies and configuring itself. This only happens the first time WINE is used on TwisterOS. Shocking! It actually worked first try. x86 Windows applications running on ARM Linux. What a time to be alive. It’s not particularly quick, but it’s usable. Just don’t expect to be able to run any recent AAA games through it. Finally, a quick look at the included games. Steam is there, but it’s a bit slow. AM2R runs great, but the main attraction… …is SkiFree! One of the earliest games bundled with Windows in the 90s. It’s still a great timewaster.

It includes emulation and media center tools which are usually split into separate distributions or require installation and configuration.

This is a really handy way to have all of those features ready to use on one SD card. In addition, the retro themes are an amusing bonus.

I wouldn’t use Twister OS for anything important – stick to Ubuntu MATE for that, as it receives regular updates and support.